Making Use of the Time Out 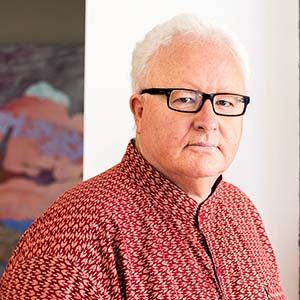 By mid-March, only a little more than halfway through Year Three at our still-new location at 1903 Hillsborough Street, the Gregg Museum had already seen a 19% increase in the total number of student visitors over the entire twelve months of the previous academic calendar, and was well on its way to a record-setting visitor year when we suddenly had to cancel all in-person programs, visits, and tours, close the galleries, and cease normal operations due to the coronavirus pandemic.

A fledgling concert series designed as a First Friday feature had to be postponed till next year, while a summer film series and new exhibitions that would have opened in April and August were put on indefinite hold. We had also just reopened the collection for class visits in January, which had finally enabled the museum to resume one of its primary functions for the first time since 2013, when the old site in Talley Student Union was dismantled. These had to be abruptly transitioned to online classes, so that students could still get course credit for the semester. That our staff was able to accomplish this so smoothly speaks of their real professionalism and museum skills, for within two weeks the Gregg also began pioneering the use of VR (virtual reality) exhibition visits and tours. Before long we found ourselves fielding questions from other museums throughout the Southeast seeking advice on how they could do the same thing.

Now we have begun to think about the next chapters in the life of the museum. We know that once we reopen, many things will need to be different. Contrary to every instinct we’ve ever relied on before, we’ll be having to avoid attracting too many people to the museum at the same time. For the time being, there’ll be no more big opening receptions, busloads of school kids, or standing-room-only concerts in lobby.  Instead, we’ll be exploring new ways of encouraging more intimate encounters with the art and objects on display, while developing more programs that will bring our exhibitions and collection to students and the public instead of trying to draw them to our physical site. In short, we’ll be rethinking our whole approach to bridging between art and our audiences.

We’ll also be rethinking our larger goals—those having to do with our overarching purpose and mission as an educational institution—in order to remain a full participant in the long overdue societal transformations called for by the murder of George Floyd and so many other Black and Brown Americans by police. In the past, we have not shied away from presenting exhibitions that address current events (last year’s BORDERLANDS—Evidence from the Rio Grande explored ongoing issues with immigration along the US-Mexico border; our more recent Art’s Work in the Age of Biotechnology dealt with the implications of an increasingly genetically engineered future; and our SOUTHBOUND show presented the South through the eyes of contemporary photographers), but the combination of time away from the office and home TV screens filled with images of righteous protest is prompting all of us to back up and think about what’s really important. As a team privileged to have a role in wielding the power of art, we want to make sure that whenever possible, we’ll use that power to inspire, provide respite, call attention, offer healing, lend meaning, effect change, and remind all of us what life is for.

Hello babies. Welcome to Earth. It’s hot in the summer and cold in the winter. It’s round and wet and crowded. At the outside, babies, you’ve got a hundred years here. There’s only one rule that I know of, babies—God damn it, you’ve got to be kind.
(from God Bless You, Mr. Rosewater, by Kurt Vonnegut)

Diversity and the Gregg

Since its founding in the late 1970s, the Gregg Museum of Art & Design has been committed to promoting the appreciation of art – an essential human pursuit – by attempting to expand the definitions of beauty