The Gregg Museum of Art & Design, when moved to the Chancellor’s Residence, became the next phase in the legacy of this beautiful historic site and in the history of  NC State University. The renovation of the residence, as managed by the Freelon Group, retained as much of the character of the original building as possible, while adding to its significance by creating spaces in which the Gregg Museum’s extensive art collection can be presented.

The residence has a rich history all its own, given that ten families have lived there and left their mark on the house itself.

Here are some facts about the Historic Residence; 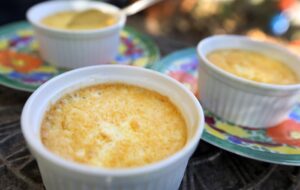 This recipe was one of many created by Mrs. Hattie Ruffin, housekeeper and cook at the Chancellor’s residence for over 26 years. From the article “Mrs. Ruffin Knows Her Cooking By Heart,” Raleigh Times, October 11, 1972.