Spark and Dazzle from the Permanent Collection 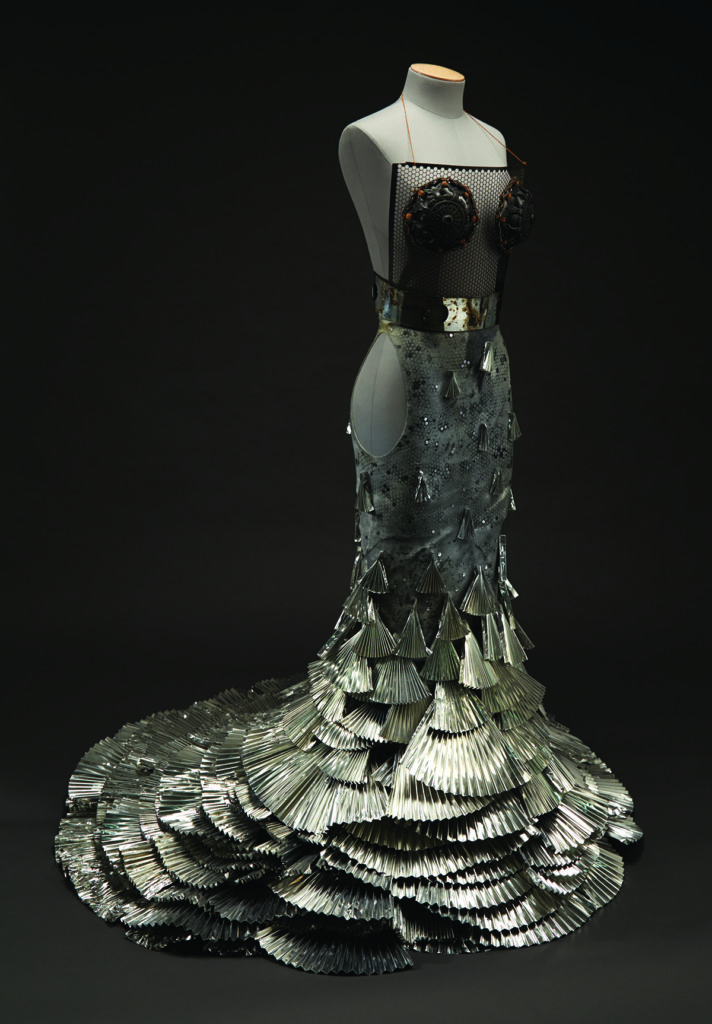 The sparkle of a diamond signaling a commitment to marriage. The gleam of chrome and glossy paint on a brand new car or motorcycle. The sequined shimmer of a stage performer’s costume. The glitter of crystal and sparkling silverware at a formal dinner party. The sheen of real gold on just about anything. Nearly everyone would agree that shiny or sparkling things are eye-catching. But just what is it about them that makes them so (literally) attractive? In its spring exhibition, All that Glitters—Spark and Dazzle from the Permanent Collection, the Gregg Museum not only showcases some of the most visually stunning objects in its holdings, but uses them as points of departure to probe some of the deeper cultural, psychological, and even evolutionary impulses that may have brought about their creation in the first place.

Every human society has demonstrated a fascination with glittering light, one way or another. Ancient Egyptians, Greeks, Celts, and Colombians alike covered the faces of buried priests and royals with luminous gold, while Mayans and Chinese did the same with polished jade. Native Americans decorated baskets and dance masks with iridescent shells, wove glossy porcupine quills into their clothing and accessories, and wore necklaces of polished beads. Both Hawaiian and Andean royalty donned garments entirely covered with lustrous feathers to proclaim their status. The textile artisans of India embroidered cloth with metallic green and violet beetle wing-covers and bits of mirrored mica, and wove pure gold and silver wire into intricate motifs in the ornate silk brocades of saris. Africans created costumes embellished with gleaming cowrie shells and made cotton textiles as shiny as foil by pounding concentrated indigo into the cloth. The pageantry of nearly every religion on earth has long been enhanced by reflections, from the golden statues and stupas of Buddhist temples, and the gleaming mosaics of Muslim mosques and Byzantine churches, to the bejeweled altarpieces of Gothic cathedrals.

The fascination with shiny objects is nearly as old as the human race. Jewelry made of naturally glossy shells has been dated to nearly 135,000 years ago, while crystals of transparent quartz have been found in prehistoric burials, suggesting the allure they once held for their original owners. But again, the question is why?

Some recent research indicates that the human brain may be instinctively hard-wired to associate glossy surfaces with water. If so, this suggests that the attraction may have evolved as a survival mechanism. By making reflective surfaces innately desirable, even infants would be drawn to seek water, the second most essential requirement for life after air. But there may also be subconscious links to other survival necessities that are almost equally as deep-seated. Gold, for example, has long been associated with fire or the sun, the source of all heat, light, and plant growth. The glitter of beads or sequins may recall the nighttime stars, needed for finding one’s way back to shelter. 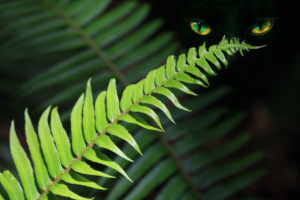 The sparkle of jewels might command our full attention because of an instinctive association with eyes. In jungles, as well as open grasslands, both prey and predator can be well-camouflaged, and the reflections in their eyes might be the only giveaway to their presence. In either case—whether one were hunting for food or being hunted—survival would have depended on immediate detection and identification of the hidden creature. Noticing a tiny glint of light reflected in a lurking eye could be a matter of life or death.

All that Glitters—Spark and Dazzle from the Permanent Collection explores theories like this while taking full advantage of the sheer delight that brilliant objects can provide. Embroidered silken banners that once graced walls in imperial China form backdrops for never-before-exhibited dragon robes.  A sequined flag used in Haitian voodoo (vodun) ceremonies to call forth the spirits contrasts with staggeringly ornate cloth-of-gold vestments once worn by a Mexican priest. Rhinestone- or bead-encrusted flapper dresses recall the fast-paced glamour of the “Roaring” 1920s.  An array of twinkling evening bags vies with a gathering of bejeweled hats for sheer charisma. While the exhibition is educational, it doesn’t stint on pure eye-candy, for even if it’s true that what makes it all so attractive has to do with primal survival instincts, that doesn’t detract from how enjoyable it is to see it now. 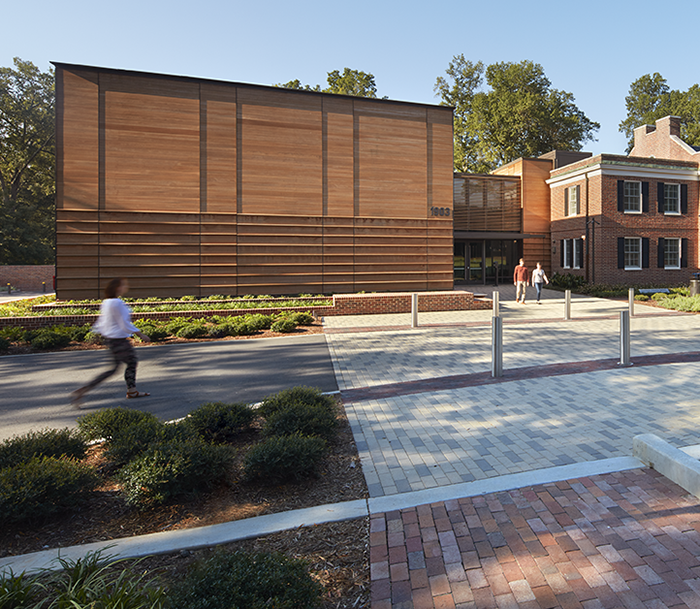 Links on our Exhibitions Overview page will take you to current exhibitions, now available as virtual tours.

Live performances featuring NC State students, staff, faculty and others. Schedule of performers is subject to change without notice.

GALLERY: All That Glitters