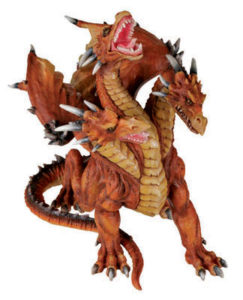 Homer and Hesiod reported the existence of chimera in the ancient world and the archaeological and fossil record is replete with examples of zoomorphic juncture. Among these are the Winged Bull of Assyria, the Persian Dragon Azhi Dahaka, and Yali from India. Additionally, the Bible also makes reference to dragons in the books of Job, Isaiah and Psalm 148.

The Association for Creative Zoology

Evolution. Differentiation. The wondrous variety of individual creatures, one from the other. Many scientists, thinkers, and theorists have put forth their ideas of how the multitude of all living creatures came into being.

Fantastic Fauna-Chimeric Creatures features factitious historical and scientific parodies by Dr. Beauvais Lyons, Director of the Hokes Archives and art professor at the University of Tennessee. Part archaeologist, part scientist, part satirist, part artistic visionary, Director Lyons, on behalf of the Association for Creative Zoology, presents evidence that exotica throughout the animal world is merely a representation of the creative presence in all things. Creatures that have never been seen before are examples of the “zoomorphic juncture”, or the combination of previously built species into new works of creation from the building blocks of existing organisms. They are presented as meticulously rendered lithographs and taxidermy specimens, and stand as a representation of the Hokes Archives’ collection of imaginary archaeology, zoology, and medicine. 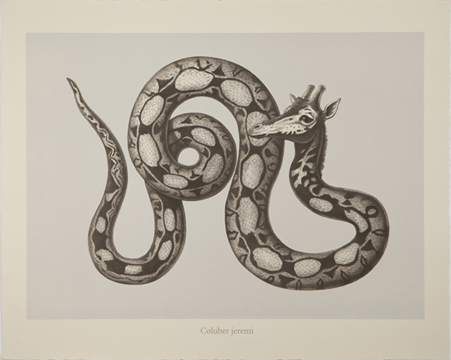 The Giraffe Boa, courtesy of the Hokes Archives

Prints presented in this collection include illustrations of such rare zoological creatures as the Giraffe Boa, the Monkey Centaur and the Nordic Hare Falcon. Director Lyons curated this collection of prints and other artifacts to serve as evidence that these fantastical creatures are merely tangible examples of divine creative inspiration and resulting flora and fauna. 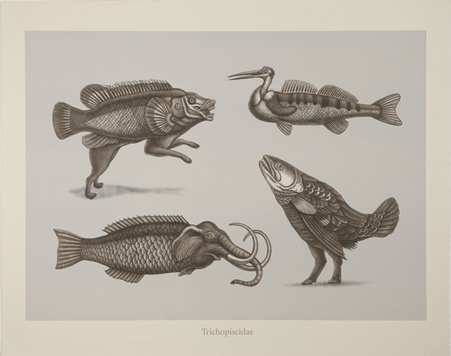 Select images of "zoomorphic junctions" from the Hokes Archives.