Self-Taught Art from the Permanent Collection 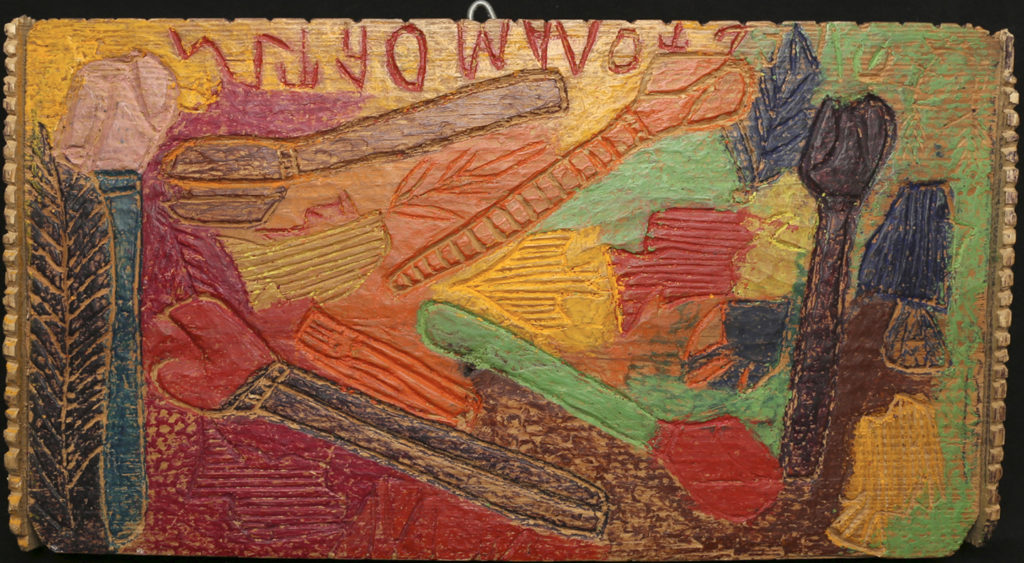 The Gregg Museum’s permanent collection has included self-taught art (sometimes called “art-brut,” “outsider art” or “visionary folk art”) for more than thirty years, and now includes more than 550 examples. Many of the pieces in this exhibition were originally acquired by Robert Lynch, a Native American (Haliwa-Saponi) attorney who grew up near Enfield, NC, and attended UNC and Harvard Law School before moving to New York City to work with the Dance Theater of Harlem. In 1975 Lynch returned to North Carolina to live in his childhood home, write poetry, and begin studying and collecting self-taught art. Shortly before his death (of AIDS, in 1989, at age 42), he sold most of his collection to North Carolina Wesleyan College to help defray his medical expenses. NC Wesleyan transferred the Lynch Collection to the Gregg Museum in 2015. 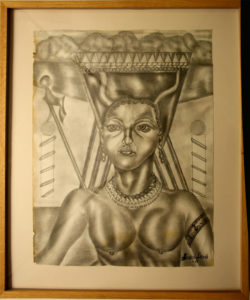 Many of the artists featured in this exhibition responded to hardship and trauma by making art. After something traumatic happened, they began making things, and soon discovered the act of being creative somehow helped them overcome their difficulties. Since the process is, at least to start with, pursued only for their own satisfaction, they hardly cared if the results looked “professional” or were achieved with typical art supplies like oil paints and sable brushes. The impulse to get busy and just do something was insistently immediate and wholly personal. They reached for the closest, most readily-accessible, and most affordable materials at hand, and simply began, even though they may have had no visual art training or formal education. Often it didn’t even occur to them they were making art until someone else called it that, yet the urge they responded to—the urge to make something that facilitates continued existence—is one of the defining characteristics of what makes us human.