Vernon Pratt: All the Possibilities of Sixteen

NOTE: To learn more about Vernon Pratt and his work, visit www.thevernonprattproject.com and follow them on Instagram at the_vernon_pratt_project.

All the Possibilities of Filling in Sixteenths (65,536) is Pratt’s most ambitious piece. Beginning in February 1980, he completed the first 78 of its 256 panels during a sabbatical, while working in a small studio on 115th Street in New York City. The rest were painted in Durham, with the last panel finished at 3:30 PM on October 20, 1982. The exhibition is the first complete showing of this massive 256-panel work centering around Pratt’s interest in systems and their variations, permutations, and the rhythms and harmonies within. At 18 feet high and 110 feet wide, it is the largest and most complex work of Pratt’s ever exhibited, and has been called his “magnum opus” by Gregg Museum director Roger Manley. Never assembled before, it has been hidden for 36 years and is presented only now for the very first time.

Born in Durham, NC, in 1940, Vernon Pratt attended Duke University for two years before transferring to the San Francisco Art Institute to finish his B.F.A. and M.F.A. In 1964, he returned to teach drawing and painting at Duke, where he was soon recognized as an Outstanding Professor.

Along with exhibiting his visual art throughout North America and Europe, Pratt also pursued a parallel career as a jazz musician, performing on saxophone and flute with Brother Yusuf Salim and others. He established a studio in a downtown Durham loft that became a favorite hangout, performance space, and informal salon for the area’s then small but rapidly growing community of artists and musicians.

Pratt’s life was cut short by a bike accident on December 14, 1999, five days after his 59th birthday. He died two months later, leaving behind a studio filled with thousands of enigmatic paintings and sculptures that trace his development from early figurative naturalism that employed broad strokes and bright colors, to a mature style involving an approach he called “systematic abstraction.” These latter works were rendered in subtle gradations of black, white, and shades of gray or else as progressions in pure black and white, applied in patterns determined by mathematical formulas.

The exhibition will also feature an original composition, “Denominators” by Rich Holly, Arts NC State’s Executive Director, based on Pratt’s examinations of jazz music and mathematics.

The Vernon Pratt Project is actively seeking a permanent home for “All The Possibilities of Filling in Sixteenths (65,536).” Please contact William Dodge for more information at www.williamhdodge.com   |    919 272 0353 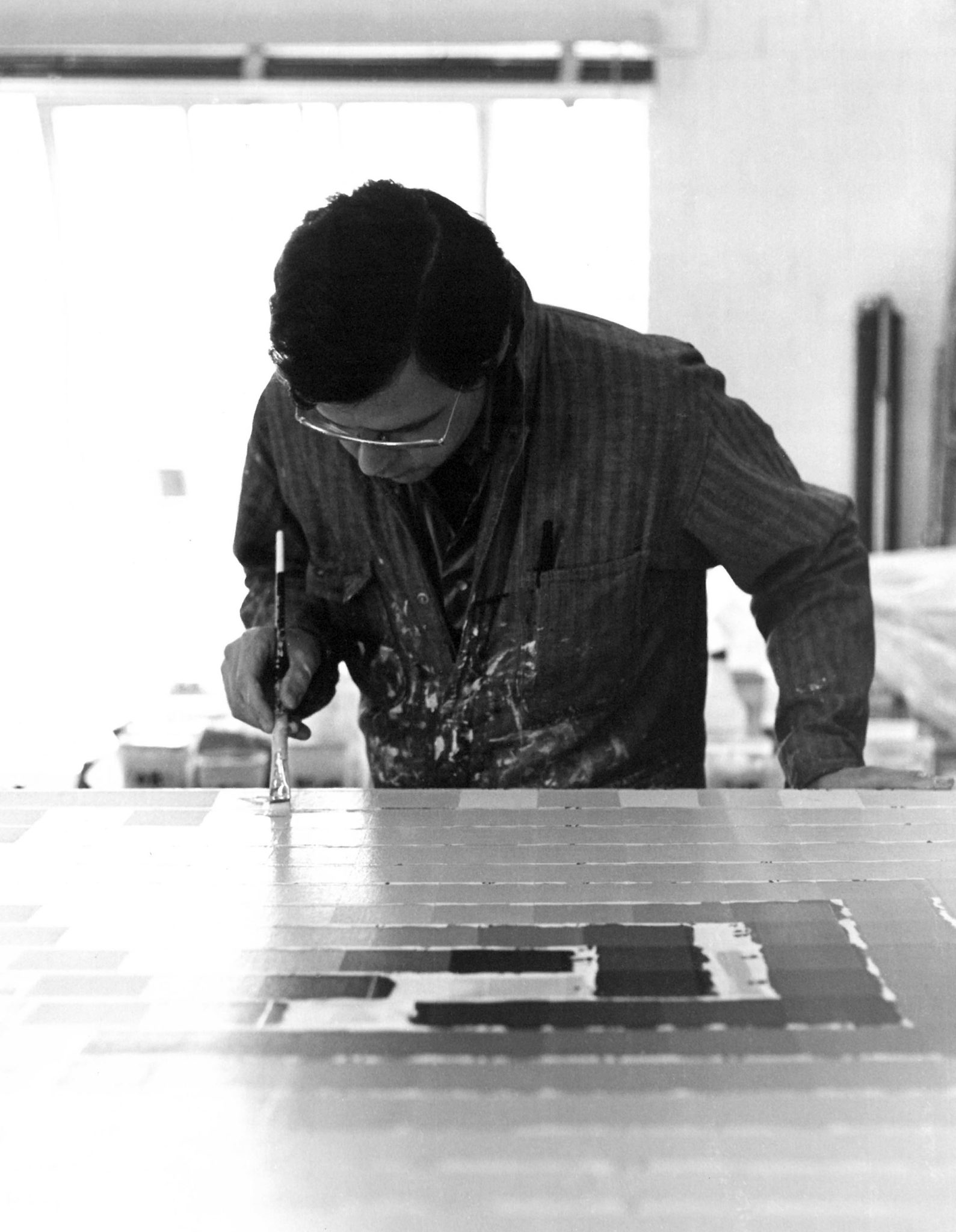