Click the image below to be taken to the gallery. Descriptions of each display are available by clicking the gray bubbles (or open this PDF). We hope you enjoy the tour.

When a screw is twisted on what looks like a “Hoosier”-style cabinet—complete with bins for flour and corn meal—it parts down the middle, the sides fold back, and a working piano comes into view. Then a bit of ornamentation above twists aside to reveal a secret drawer—and then it in turn twists aside in an unexpected direction to lead to yet another a concealed compartment.

Many of the fantastic creations of Tilden J. Stone, a heretofore little-known grand eccentric and master furniture maker born in 1874 in Thomasville, NC, feature unusual compartments and false fronts, trompe l-oeil virtuosity, and bizarrely real and surreal shapes incorporated into the actual structure of the pieces.

Orphaned at a young age, Stone ran away to New York City as a teen, where he lived on the streets until a skilled cabinetmaker took him in, made him an apprentice, and taught him his craft. He then joined the Merchant Marine and spent most of the next thirty years sailing the high seas, going around the world more than ten times and making some thirty-seven voyages to China. By the 1930s, when he retired from his career afloat, he had risen to the position of Senior Officer on the S.S. President Wilson.

During furloughs between voyages, Stone made furniture for his family and friends. Many of the pieces reflect the extensive travels that had exposed him to a wide variety of different styles of woodworking. His penchant for installing intricate locking-puzzle mechanisms in many of his creations is thought to be due to his familiarity with ancient Chinese tricks for building magic boxes, learned from local carvers in ports like Singapore and Macao.

When Stone returned to North Carolina to take up residence in Lenoir, a center for furniture manufacturing, he became a chief designer and pattern-maker for several well-known firms, including Bernhardt and Broyhill. Years later he built a house in Lincolnton fashioned after a tramp steamer with portholes, pointed bow, and stacks, where he lived until his death in 1952. 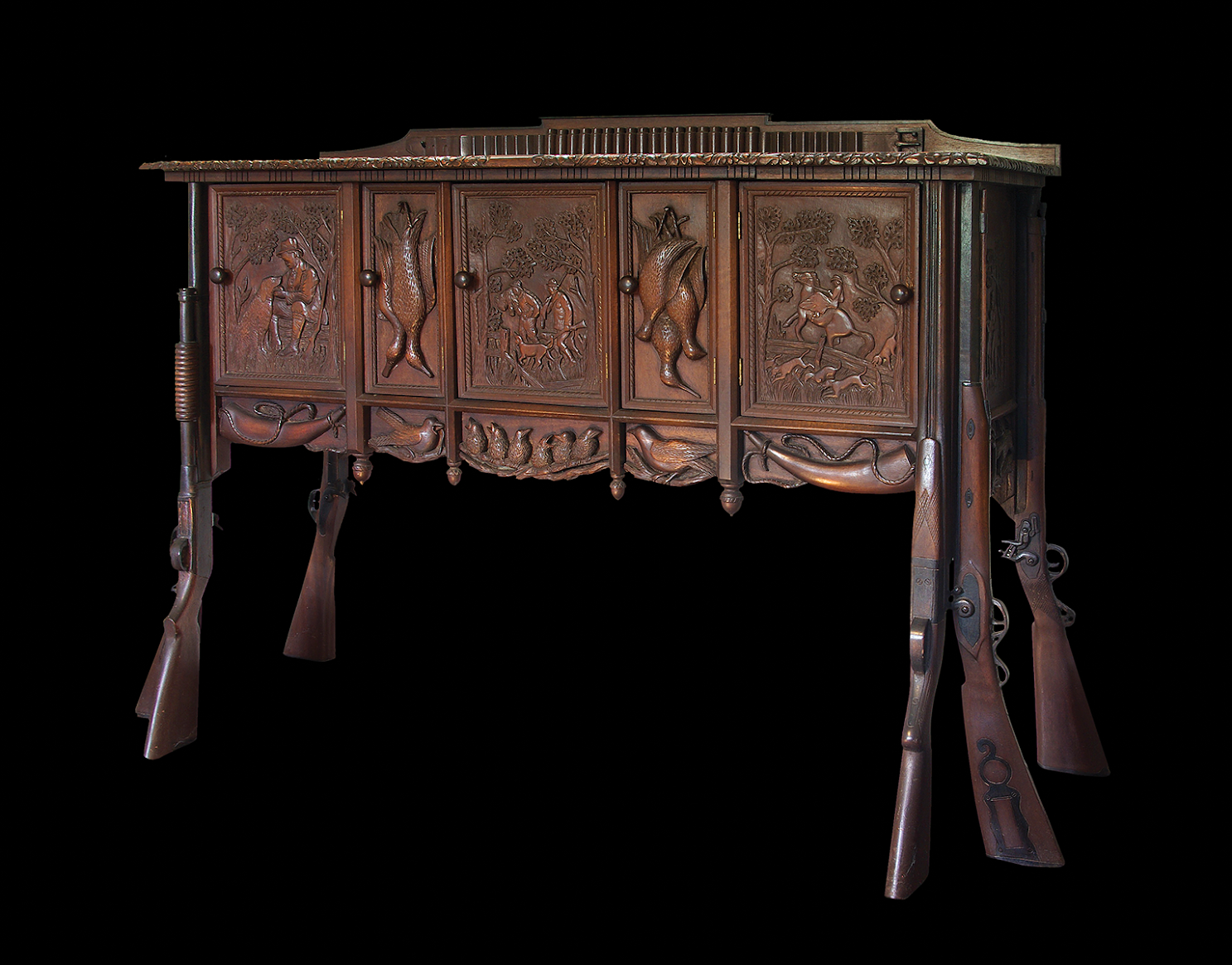